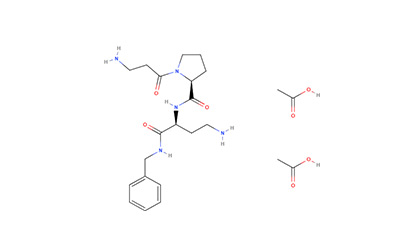 SYN-AKE peptide is a small peptide that mimics the activity of snake venom waglerin I. Clinical trials have shown that SYN-AKE peptide can reduce the generation of wrinkles by inhibiting muscle contraction, and has good smooth and rapid wrinkle performance.

In the experiment of cultured muscle cells, using 0.025% snake venom like tripeptide can reduce muscle contraction rate by 36% after one minute and 82% after two hours, so snake venom peptide can be used as instant wrinkle removing product.

50 subjects participated in this experiment. Compared with placebo and reference substance, the recommended concentration of snake venom like tripeptide was used in both products. The experiment lasted for 28 days, twice a day. The results showed that SYN-AKE Peptide could significantly reduce the expression lines on the forehead, and the activity of snake venom like tripeptide was significantly higher than that of acetyl hexapeptide-8.

What is Snake Venom Peptide?

Snake venom peptide is a substance secreted by the gland of viper, which has the pharmacological effects of analgesia, hemostasis, inhibition of thrombosis and anti-tumor. Some snake venom preparations have been made and applied in clinic. However, snake venom peptide is the most complex component in animal poisons. It is roughly estimated that there are less than 20 kinds of active components in each snake venom, mainly including various toxins, enzymes and active peptides. Most of the active components directly enter the body, which may cause serious toxic and side effects, such as cardiotoxicity, neurotoxicity, etc, These toxic and side effects are the main reasons to limit the application of snake venom in clinical treatment.

In cosmetics formula, such as emulsion, gel, etc., so as to achieve the ideal effect to remove deep wrinkles or wrinkles around the forehead or eyes. In the final stage of cosmetic production.

In vivo and in vitro tests showed that Sansheng peptide had no cytotoxicity, skin irritation, allergy and eye irritation.

The tripeptide powder must be stored in a cool, dark and clean place with a low temperature of 2-8 ℃ and a good shelf life