In the early 1980s, a large number of glycoproteins were isolated from the extracellular matrix (ECM). Most ECM glycoproteins play an important role in cell adhesion, so they are called adhesive proteins. Many adhesion proteins contain Arg Gly Asp (RGD) tripeptide sequences. In 1984, Pierschbacher and Ruoslahti first identified RGD sequence as the binding site of human fibronectin (FN) and its receptor, and RGDS sequence was also found in other five proteins. HaymanEG et al. studied the cell adhesion activity of four oligopeptides containing RGD sequence (RGDS, GRGDSP, GRGDSPC, GRGDAP) and five oligopeptides without RGD sequence (TGRG, RGNS, RVDSPAC, DREDSRC, RVDSTAC) in 1985 (for custom peptide synthesis price list visit our homepage). They found that the peptide containing RGD sequence has the effect of inhibiting cell adhesion, of which GRGDSP has the strongest activity, while the five peptides without RGD sequence have no anti adhesion activity.

Previous studies have shown that RGD sequence peptides, as antagonists, can be used in the treatment of cardiovascular diseases, osteoporosis, inflammation and other diseases, and can also prevent and treat tumors caused by abnormal cell adhesion, especially metastatic tumors; On the other hand, RGD sequence peptide can also be used as a stimulant to promote the regeneration of injured organs and tissues, wound healing, etc., with a wide range of biological functions. Therefore, the adhesiveness of these peptides has become a new target for drug design.

Most endogenous linear peptides have a short half-life in the circulation process, and their therapeutic effect and biological activity are weakened. In order to obtain an acceptable anti-tumor metastasis effect, a high dose of linear peptide containing RGD sequence is often required, which undoubtedly increases the cost of treatment and may lead to unnecessary side effects. Therefore, to increase the stability of peptide compounds and improve the biological activity of peptides is the goal of many pharmaceutical chemists to modify RGD containing peptides fmoc amino acids supply. Many studies have shown that coupling peptides with other compounds is one of the methods to increase the stability of linear peptides.

In 1993, Komazawa et al. synthesized many RGDS analogues: RXDS, DRXDS, and acetylated their N-terminal. The lung and liver metastasis models of mice showed that Ac-DRXDS (x=G, L) had a stronger ability to inhibit the lung and liver metastasis of B16-BIz6 melanoma cells and L5178Y-MI25 lymphocytes than its non acylated compounds Komazawa et al. also synthesized THFICA-RGD, a coupling compound of THFTCA and RGDS

The selection criteria of drug carriers are: the functional groups contained in the carriers must be able to covalently combine with drugs; It has hydrophilicity to ensure the water solubility of polymer drugs; Must be hydrolyzable, enzymatically hydrolyzable, or excretable. It has good biocompatibility, preferably non-toxic and non immunogen; Easy to process and apply.

It is reported that compared with Chitin, CM Chitin can greatly reduce its absorption of blood components (such as albumin, globulin and fibrinogen) without antibody induction. Therefore, water-soluble CM Chitin can be used as a good polymer carrier material and can be conveniently used for drug modification 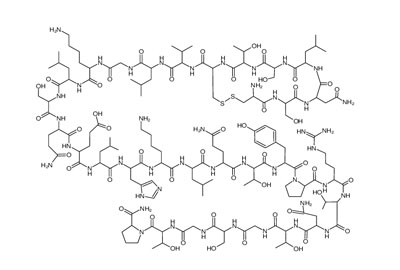