Glucagon like peptide-1 (GLP-1) is a 30 amino acid peptide, which is the strongest glucose dependent insulin secretion promoting hormone known at present. GLP-1 is the first described incretin, a substance released from the gastrointestinal system during digestion, which promotes the release of glucose dependent insulin from pancreatic B cells. In addition, GLP-1 also has a variety of physiological activities, such as reducing the level of glucagon in plasma, reducing the rate of gastric emptying, promoting satiety and stimulating the proliferation and differentiation of pancreatic islet B cells. These characteristics make many scholars believe that GLP-1 may become a relatively ideal drug for the treatment of type 2 diabetes(for custom peptide synthesis price list ), so it has become a hot spot in the research of new drugs for the treatment of diabetes

As early as the end of 1960s, Perley et al. found that, even under the same blood glucose level, the amount of insulin secreted by islet B cells stimulated by oral glucose was more than that secreted after intravenous administration of the same amount of glucose, suggesting that there may be substances that can regulate insulin secretion in the intestine. Recent studies have found that there is a kind of gastrointestinal islet axis in human digestive system. When eating, the upper segment of the small intestine is stimulated by nutrients, and the cells in the lower segment will secrete several hormones that can promote insulin secretion, namely insulin polypeptide (incretin). The first isolated incretin is gastrointestinal inhibitory peptide glucose dependent insulin releasing peptide (GIP), which shows a good incretin effect. In 1983, Bell et al. identified the second, glucagons like peptide-1 (GLP-1). These two hormones are mainly secreted by L cells of the distal ileum, rectum and colon after human ingestion of carbohydrate and fat, and a small part is released by pancreatic islet a cells. They are metabolized through renal excretion and dipeptidase IV degradation. Their metabolites bind to GLP-1 receptor for anti seizure.

Glucagon cord like peptide-1 (GLP-1) is produced by endocrine cells and brain neurons in the small and large intestine. It acts on pancreatic islet B cells through glucose dependence, promotes the transcription of insulin gene, synthesis and secretion of pancreatic cord, stimulates the proliferation and differentiation of pancreatic islet p cells, inhibits apoptosis of pancreatic islet B cells, promotes the secretion of growth hormone, inhibits glucagon secretion, inhibits postprandial gastric emptying, appetite, and promotes liver Glycogen synthesis in muscle and adipose tissue increases and other mechanisms to reduce postprandial blood glucose. GLP-1 is secreted along with the digestion and absorption of food in the intestinal tract. Food stimulates L-cells in the intestinal tract to secrete GLP-1. Carbohydrates and lipids have the strongest stimulatory effect. The concentration of GLP-1 in plasma of normal people increases significantly within 5 to 30 minutes after meal

GLP-1 has 50% homology with the amino acid sequence of glucagon, hence its name. The gene sequence of GLP-1 is contained in the glucagon precursor gene, which was first found in the sequence analysis of proglucagon gene. This gene is expressed in the cells of islets, a few brainstem neurons and the L-cells of neuroendocrine cells in the intestine. Through the tissue specific post-translational modification of proglucagon, it finally forms different end products in different tissues(exenatide impurities), proglucagon, which contains 160 amino acid residues, is enzymatically hydrolyzed into glucagon containing 29 amino acid residues in the cells of islets only, In the L cells of intestinal mucosa, it is enzymatically hydrolyzed into 69 residues of intestinal glucagon, 35 residues of GLP-1 and 37 residues of GLP-1 (1-37). In human, about 80% of GLP-1 exists in the form of d-carboxyl acylation of 30 amino acids, namely GLP-1 (7-36), and the rest exists in the form of glycine variants of 31 amino acids, namely GLP-1 (7-37), both of which have the same physiological activity. 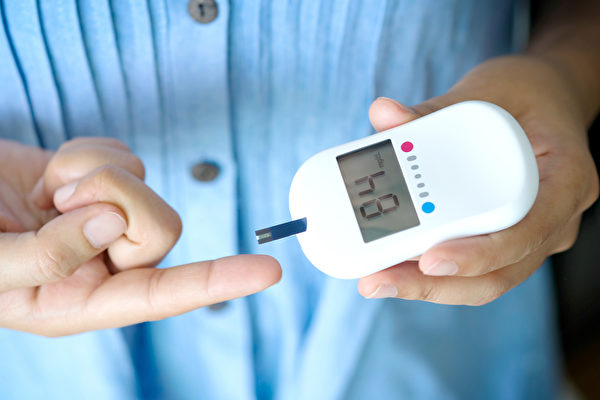