Peptides play an important role in the process of life activities, including cell proliferation and differentiation, immune defense, tumor lesions and so on. Since 1953, more than 80 peptide drugs have been put on the market, and a large number of peptides have entered clinical research. Peptide drugs have unique advantages: significant activity, strong specificity, weak toxicity, not easy to accumulate in the body, less interaction with other drugs.

Advantages and disadvantages of peptide drugs

Peptide drugs have high activity, strong specificity, relatively weak toxic and side effects, are not easy to accumulate in vivo, and have good affinity with receptors in vivo. Therefore, many pharmaceutical enterprises have increased the research and development of polypeptide drugs. In the field of tumor and furfural disease treatment, many peptide drugs are on the market and have achieved great economic benefits.

Compared with the small molecule chemical drugs, there are also shortcomings, such as the poor stability of peptide molecules, easy to be degraded in vivo, because of the short half-life, continuous administration is needed to maintain the drug properties. At present, scientists have studied a series of methods to effectively extend its half-life in vivo.

Methods of prolonging half life of peptide drugs 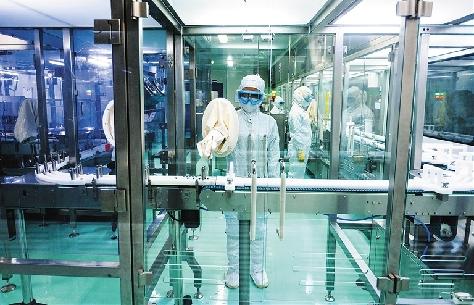 Generally, the half-life of peptides in plasma is very short, which limits their application. Through the efforts of scientists, a series of mature methods have been established to extend the half-life of peptide molecules. The first method is to change the structure of polypeptide: design the polypeptide chain from the source, and use other amino acids to replace the amino acids that are easy to be cleaved by enzymes on the premise of ensuring the efficacy. Or increase the secondary structure of polypeptide molecules, protect the cleavage sites, such as the formation of cyclic peptides.

The second method is to modify peptides. The technology of PEG modification is very mature. At present, many protein and peptide drugs have been successfully marketed, such as PEG modified interferon. The third method is peptide and albumin (HSA), bovine serum albumin (BSA) and so on. In addition, changing the dosage form of peptide is also an effective method to improve the half-life of peptide.