Polypeptide synthesis has gone through more than 100 years of glorious course. Emil Fischer first began to focus on peptide synthesis in 1902, when progress was rather slow due to too little knowledge of peptide synthesis, until 1932, when Max Bergmann et al began to use benzyl oxycarbonyl (Z) to protect α- amino groups, peptide synthesis began to develop. By the 1950s, organic chemists had synthesized a large number of bioactive peptides, including oxytocin, insulin and so on, and also made a lot of achievements in the synthesis of peptides and amino acid protective groups, which provided experimental and theoretical basis for the later emergence of solid phase synthesis methods.

Merrifield have been repeatedly screened, the use of benzyl oxycarbonyl (Z) in solid phase was finally discarded. tert-butyl oxycarbonyl (BOC) was first used to protect α- amino groups and to synthesize solid phase peptides. At the same time, the first fully automatic peptide synthesizer was developed in the late 1960s and the biological protease, ribonuclease (124 amino acids) was first synthesized.

The Lou Carpino first used 9-methoxycarbonyl (FMOC) in 1972 to protect α- amino groups, which can be removed rapidly under alkaline conditions, can react completely in 10 min, and because of its mild reaction conditions and rapid and widespread use, various peptide automatic synthesizers based on the two methods of BOC and FMOC have emerged and developed one after another, and are still being continuously modified and perfected. 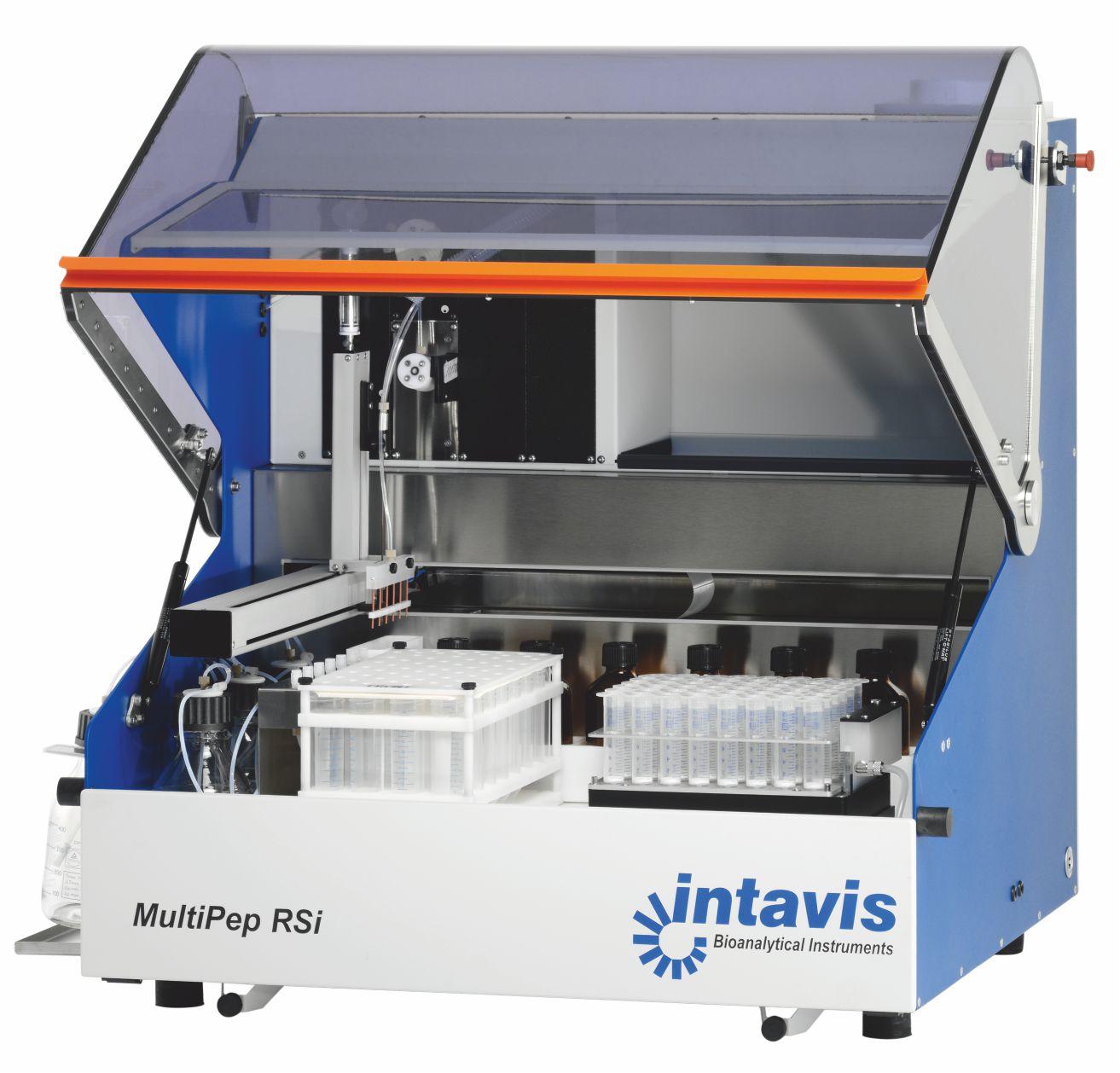 The first generation of polypeptide synthesizers was produced in the late 1960s and early 1970s.

The design principle of the CS336 is make the center of the reactor is the center, the top and bottom are rotated 180 degrees, the stirring speed can reach 180 rpm, at the same time, it adopts the superiority of nitrogen bubbling reaction mode, and integrates nitrogen blowing as an optional reaction mode into the reaction method high coupling rate effect of peptide synthesizer in scientific research field is fully reflected

The fourth generation peptide synthesizer has been recognized by more and more customers because of the 180 degree no dead angle stirring mode. Peptide Scientific Inc company began to use the 180 degree up and down flip mechanical infinity speed regulation stirring mode as the iconic feature of the whole series of products developed by it in 2002. From PSI200、300、400、500 to 600, the whole series polypeptide synthesizer adopts the 180-270 degree up and down flip mechanical stirring mode, PSI adopts the numerical control motor system, the stirring speed is infinitely adjustable, and the stirring intensity and speed play to the extreme physical energy.

For more informations about custom polypeptide synthesis,please visit us : www.omizzur.com