Anti-tumor peptides are mainly divided into natural peptides, artificially modified peptides and artificially synthesized peptides. Natural active peptides are active substances accumulated in the body for a long time to adapt to the environment. They have attracted attention because of their small molecular weight, few side effects, high activity, and wide sources. At present, it has been found that many natural active peptides can act on tumor cells, tumor vascular endothelial cells and immune cells, and play a good anti-tumor effect through a variety of mechanisms, so they have a good research and development prospects. 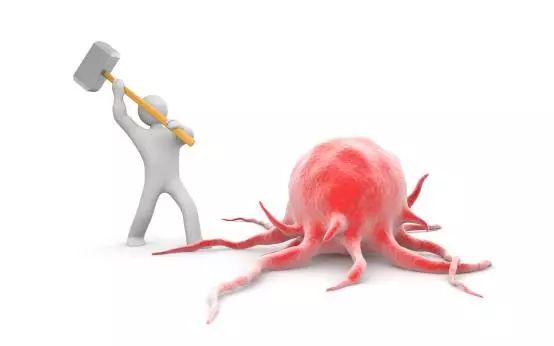 Natural active peptides (bioactive peptides, BAP) have a relative molecular mass of less than 6 000 Da, which are accumulated by organisms during long-term life activities, and have antibacterial, antiviral, blood pressure, and antitumor effects. Natural anti-tumor active peptides are ubiquitous in nature, and are found in terrestrial organisms, aquatic organisms and microorganisms.

Plant-derived anti-tumor peptides are mostly derived from grain seeds. For example, Vglycin is a natural peptide isolated from pea seeds, which has the activities of treating diabetes and anti-tumor.

Melitin (MLT) extracted from bee venom is composed of 26 amino acids and has a relative molecular mass of 2,840. Studies have shown that melittin can significantly inhibit the proliferation of cancer cells such as ovarian cancer, prostate cancer, osteosarcoma, liver cancer, and gastric cancer, and has a significant anti-tumor effect.

Microbial active peptides are mainly produced by bacteria and fungi, and are obtained through a special separation process. In recent years, the related research on anti-tumor peptides from microorganisms has made great progress, such as spirulina peptide, Bozhi glycopeptide, laver protein, cyclic pentapeptide extracted from seaweed, etc.

The peptides extracted from the ocean have the characteristics of high activity, small molecular weight and low toxicity. Peptides isolated from sponge, sea squirt, sea hare, and sea cucumber have been shown to have strong anti-tumor effects.

Nowadays, chemotherapeutic drugs are gradually eliminated in the international market, and anti-tumor targeted drugs are increasingly becoming the mainstream. Targeted drugs accounted for 62% of anti-cancer drugs approved by the U.S. Food and Drug Administration (FDA) from 1997 to 2015. In 2015, there were more than 60 peptide drugs approved for marketing globally, about 140 active peptides in the clinical research phase, and 500 to 600 peptide drugs in the preclinical research and development phase. Natural active peptides are polypeptide molecules extracted and isolated from living organisms, which have developmental value and are a new drug discovery mode in the initial stage of polypeptide drug research and development. However, in recent years, the market rate has been low, and most of them remain at the research level. The reason is that the content of the organism is low, the plasma half-life of the drug is short, and the macromolecular peptide is easy to trigger the immune response of the body. The transformation strategy of natural peptides, such as D-amino acid substitution, modification or development of pseudo-peptide drugs, is a direction of peptide drug research in the future. The combined application of multiple anti-tumor active peptides with different mechanisms of action is also a hot spot for future research.

At present, a large number of anti-tumor natural active peptides are being studied on the mechanism of action and structural optimization. It is hoped to obtain active peptides with strong specificity and overcome tumor resistance. The design direction of peptide drugs is to make the drugs exert effective pharmacological effects in the effective time and accurate position as much as possible. Therefore, studying the mechanism of active peptides and designing anti-cancer peptides with optimal functions is a problem that needs to be solved urgently. In addition, how to overcome the problems of peptides being easily degraded in the body and the low yield of natural products are the difficulties in the development of peptide drugs. In recent years, with the advancement of science and technology and the continuous improvement of research methods, the cost of peptide synthesis has been greatly reduced, and the methods for long-term peptides have become more abundant. Therefore, it is expected to synthesize anti-tumor active peptides for different functions. We expect to develop anti-tumor peptide drugs with high selectivity, long half-life and high efficiency in the near future.