In the 21st century, due to the in-depth research on the characteristics of drug impurities and biological characteristics, the concept of "impurity limit" of drugs has obvious defects, so the concept of "impurity spectrum" is proposed, that is, the types and contents of impurities in drugs. The ideal impurity control concept should be that the source and structure of each impurity are known, the physiological activity of each impurity is clear, and the quality control analysis method has good extensiveness. For each impurity in the drug, the quality control limit shall be established one by one according to its physiological activity. In the middle of 2010, some chemical drugs began to use the concept of hybrid mass spectrometry to control impurities.(for example exenatide impurities)

Synthetic polypeptide drugs belong to special chemical drugs. At present, peak area normalization method or self contrast method is often used to control their related substances, which will inevitably lead to inaccurate quantification due to large difference in response factors. In the future, effective impurity control means will be established to conduct qualitative and quantitative analysis with impurity reference materials. For some synthetic polypeptide drugs, the impurity content is high, and when the activity or safety is not clear, in-depth research should be carried out to control the impurity level within a reasonable range. At present, the control of such drug related substances is still at the stage of limit control in China. It is necessary to conduct in-depth research on the impurity spectrum of polypeptide drugs and control their peptide related substances according to the concept of hetero mass spectrum.

At present, LC-MS has become an important means to separate and identify various compounds. MS is a powerful structure analysis tool, which can provide more information for structure characterization. As an ideal chromatographic detector, it has not only strong specificity, but also high detection sensitivity. Since the appearance of "soft ionization" technology has made it possible to analyze strong polar, volatile and unstable biomacromolecules, bio mass spectrometry has been developed. Now HPLC-ESI-MS/MS is widely used in the separation and analysis of biomacromolecules such as polypeptide proteins, for molecular weight determination and structure analysis. When using LC-MS to analyze the related substances of polypeptide drugs(fmoc protected amino acids supply) , the first or even multi-stage mass spectrum information of the impurities can be given without obtaining pure impurities, so as to obtain the molecular weight and sequence information of the impurities, providing a basis for the qualitative and structural analysis of related peptides. 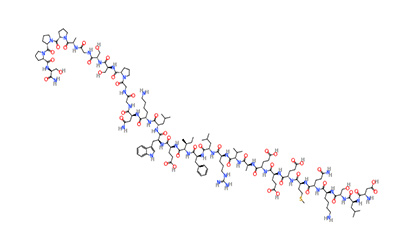