Multiple antigen peptides (MAPs) were first proposed and applied by Professor Tam of the United States in 1988. It is a radiation branched polymeric peptide macromolecule material, which is composed of a branched peptide core and a covalently linked surfactant peptide. It is different from the traditional peptide complex connecting the linear tandem amino acid skeleton. MAPs play the role of targeting and information transmission through the peptide nucleus distal lysine (Lysine) a, E NH: poly congruent or different types of synthetic antigen peptides, and then adsorb to different immune media with the proximal end of the peptide nucleus（custom peptide synthesis price list ).

The application of this technology in various biotechnology and biochemistry is increasing, such as biomedical diagnostic reagents, protein like conformational anti-cancer agents and antiviral agents, vaccines, drug gene delivery carriers, etc. One of the most prominent is the use of MAPs in serological diagnosis and biochemical detection. The structure and synthesis of MAPs include two major components: peptide nuclear branching units and surfactant peptide groups. The core of MAPs is usually composed of Iys, because Lys has two NHs: a, ￡. The peptide nucleus is usually composed of two to three Lys branches, including symmetrical peptide nucleus and asymmetrical peptide nucleus. The former is only composed of Iys, while the latter is composed of Lys and Ala. Surfactant peptide groups are chemically synthesized on a-NHz'￡. NHz of Iys, respectively. Finally, polypeptides play a special role by connecting to various media through the proximal end of peptide nucleus.

The synthesis of MAPs can be divided into direct method and indirect method. The direct method first uses the raw amino acids with the protection and blocking groups to sequentially synthesize the required peptide nuclear surface active peptides, and finally removes the protection and blocking groups under strong acid conditions to obtain the product MAPs. However, as MAPs are macromolecular substances, the direct method of MAPs organic synthesis will produce by-products, ( fmoc amino acids supply)which will form a heterogeneous body, bringing inconvenience to the later purification work. Therefore, the direct method is difficult to ensure the purity. The indirect method is to synthesize peptide nucleus and surface active peptide respectively, and then connect them through the direct cross method of a specific pair of hydrophilic and nucleophilic groups, so as to minimize by-products, ease purification and ensure product homogeneity 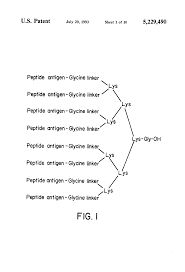 1 Application of heterogeneous enzyme immunoassay in immunoassay and serodiagnosis: antigen or antibody adsorbed on solid phase medium is specifically bound by corresponding antibody or antigen in the sample, then it is bound with enzyme labeled antibody, and finally it is quantized by color reaction of enzyme and substrate. The chemically synthesized epitope peptide has high specificity and is considered as an ideal natural antigen substitute. However, the short and weak hydrophobicity of synthetic epitope peptides make them weak in adsorbing polyethylene media