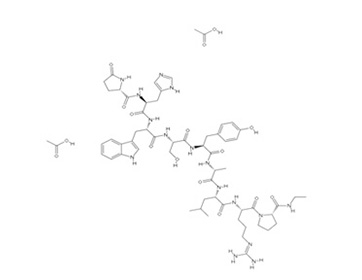 Amyloid β (amyloid-β, Aβ) is a polypeptide containing 39-43 amino acids produced by the proteolysis of amyloid precursor protein (APP) by β- and γ-secretase. It can be produced by a variety of cells and circulate in the blood, cerebrospinal fluid and interstitial fluid. Most of it binds to protein molecules, and a few exist in a free state. The most common subtypes of Aβ in the human body are Aβ1- 40 and Aβ1-42. In human cerebrospinal fluid, the levels of Aβ1- 40 are 10 times higher than those of Aβ1- 42. Aβ1-42 is more toxic and easier to aggregate, forming the core of Aβ precipitation, triggering neurotoxic effects.

Amyloid β-Peptide (1-42) human is a 42-amino acid peptide which plays a key role in the pathogenesis of alzheimer disease.

Alzheimer's disease (Alzheimer's disease, AD) is a chronic degenerative disease of the central nervous system, which often occurs in pre-age. The main clinical manifestations of AD include progressive memory loss, loss of acquired knowledge, personality changes, and various behavioral and mental disorders such as life and work.

The main pathological features of AD are cerebral cortex atrophy, loss of neurons, senile plaque (SP) formed by the deposition of beta amyloid peptide (Aβ) in the hippocampus, and microtubule-associated protein in brain nerve cells ( Neurofibrillary tangles (NFTs) formed by hyperphosphorylation of tau protein.At present, the amyloid cascade hypothesis is one of the main mechanisms that has been confirmed.

Omizzur supply 95%,and 98% purity normally ,and can also make other purity based clients demand 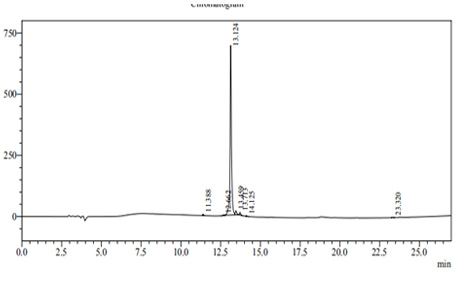 Shipping: by fedex or DHL, worldwide in 5-7 working days

Storage: Peptide is shipped at ambient temperature. Upon receipt, store lyophilized powder at –20°C or lower.